Menu
You are here: Home › The Farm › Livestock › Pigs

We currently keep four sows on the farm, a Gloucester Old Spot and three Large Blacks. 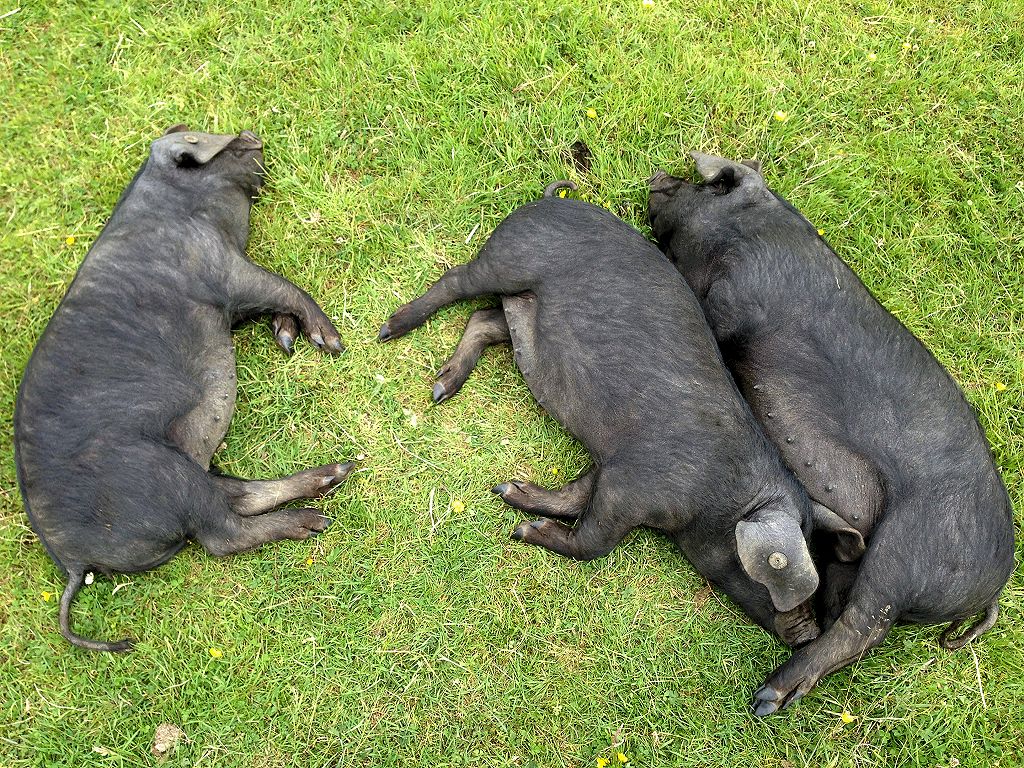 Our three Large Black sows, basking in the sunshine.

We choose not to farrow the sows twice a year, but instead give them a fallow period so each sow only produces a single litter of piglets each year. The pigs we’ve chosen give the best pork, but as they’re more suited to the temperate climate Southern England we feel only farrowing once a year places less of strain on them. Some new-born piglets enjoying a feed from mum.

Like the lambs we keep breeds that are suitable for traditional cuts at a younger age, but equally as they mature are ideal for bacon. Being able to produce a range of cuts is important for variety but also a more traditional approach.

They spend time outside during Spring, Summer and Autumn, often with a pig ark for shelter, but during the winter we can bring them into a barn where they are able to bury themselves in as much straw as they need.

We feed them on a specially formulated organic diet and supplement this with more entertaining items such as excess vegetables from the garden, and they can often be found eating their straw bedding too!

JOIN US
Sign up for our regular e-mail newsletter.

This website uses cookies to improve your experience. We'll assume you're ok with this, but you can opt-out if you wish.Accept Read More